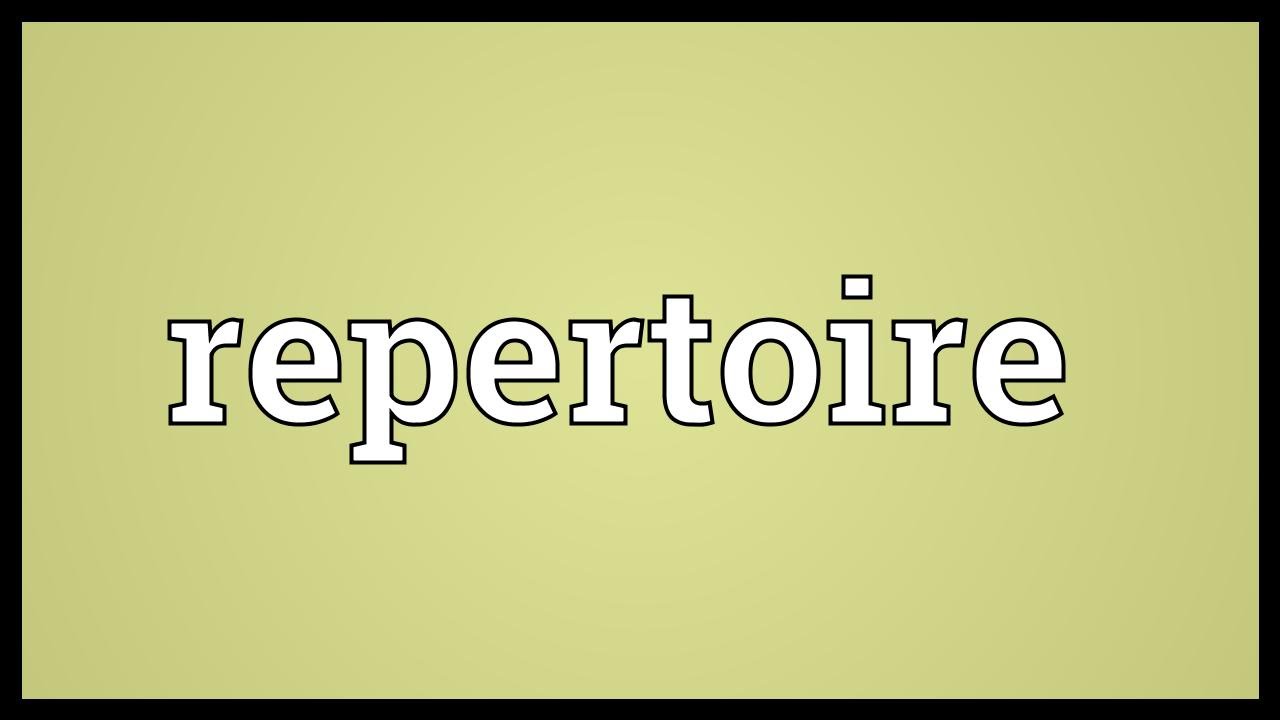 I once learned from a highly-skilled Hammond B3 organist that on any instrument, you can tell how many songs a musician can perform by their playing ability on their respective instruments.

Many singers forget to keep a record or repertoire list of the songs that they have learned to perform. Unless you have an instructor or gig that requires it, often it is far in the back of a singer’s mind to keep a repertoire list on hand. Lucky for me it was a requirement by both my college professor, as well as in my professional career working with different ensembles in order to create set lists for performances. In this post, I will address 5 important points related to cultivating a repertoire list if you do not have one already, and how you can honestly gauge your own singing ability in relation to your own list.

– Any song that you have learned and performed before an audience can go onto your repertoire list. Even if it’s current song is a work in progress if you can sing it into incorrectly from beginning to end it can be added to your repertoire list. There are many songs lyrics written by the jazz singer, Eddie Jefferson, that I have learned but never performed before an audience.

– Your list should be organized by genre so that the style and energy you might need at any given time can be easily located. Styles you may want to include on your list are:

“Uptempo” for fast songs that call for high energy situations.

“Medium” for mid-tempo songs good for easy listening or even dancing.

“Holiday” for the myriad of holidays celebrated throughout the year by people all over the world.

“Spiritual” for performances that require songs about God or religion in general.

– We have all been learning songs since we were children and those songs reflect the age range in which we learned them. Therefore, unless one is after a gig or job which requires a deep knowledge of nursery rhymes then those songs from our childhood should be omitted. It would also be worthwhile to learn the difference between a nursery rhyme and a folk song because for example, “My Grandfather’s Clock” is a nursery rhyme in the U.S but is a crowd favorite as “Ookina Furudokei” in Japan.

– Repertoire lists are first best used in one’s own practice sessions. Knowing the type and difficulty of different songs in your repertoire can help you keep your vocal presentation balanced. That is to say, if you have 60-80% of one type of music on your list then it would be more difficult to fill a client request from one of the other types of music. Even if the genre is the same one should endeavor to have a broad range of energy within their own list.

The second best place to use one’s own repertoire list is at an actual performance either before, or during the show. It is much easier to choose a setlist of songs to play when there is a list to choose from, as opposed to depending on one’s own memory in the heat of the moment when showtime is approaching. During a show, the singer can change the energy of the room by choosing not to play any more jazz standards because the audience has made it clear that they are ready to start dancing to uptempo classics that they know. The performer can easily begin to call off tunes that will follow that energy if there is a list available to do so.

Keeping a repertoire list is a big step in keeping yourself organizes and prepared for any type of performance opportunity which may be sent your way. Good luck!

Dynamics of the singing voice